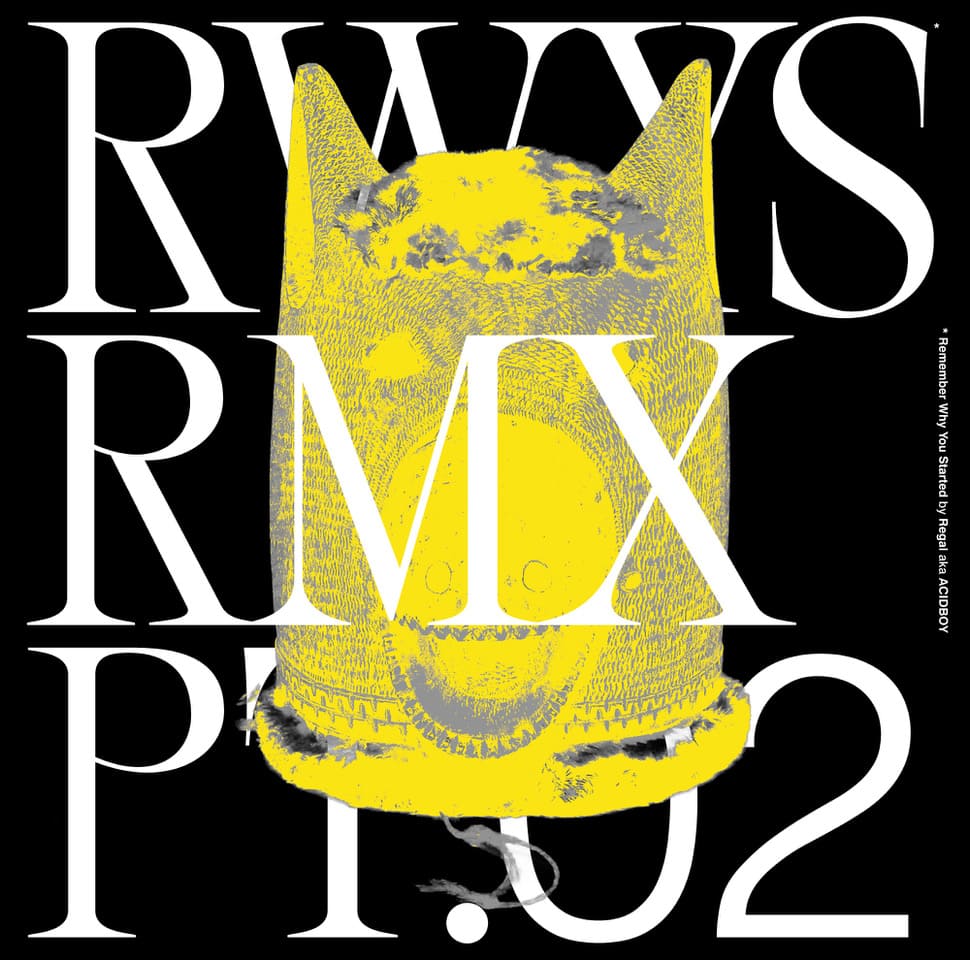 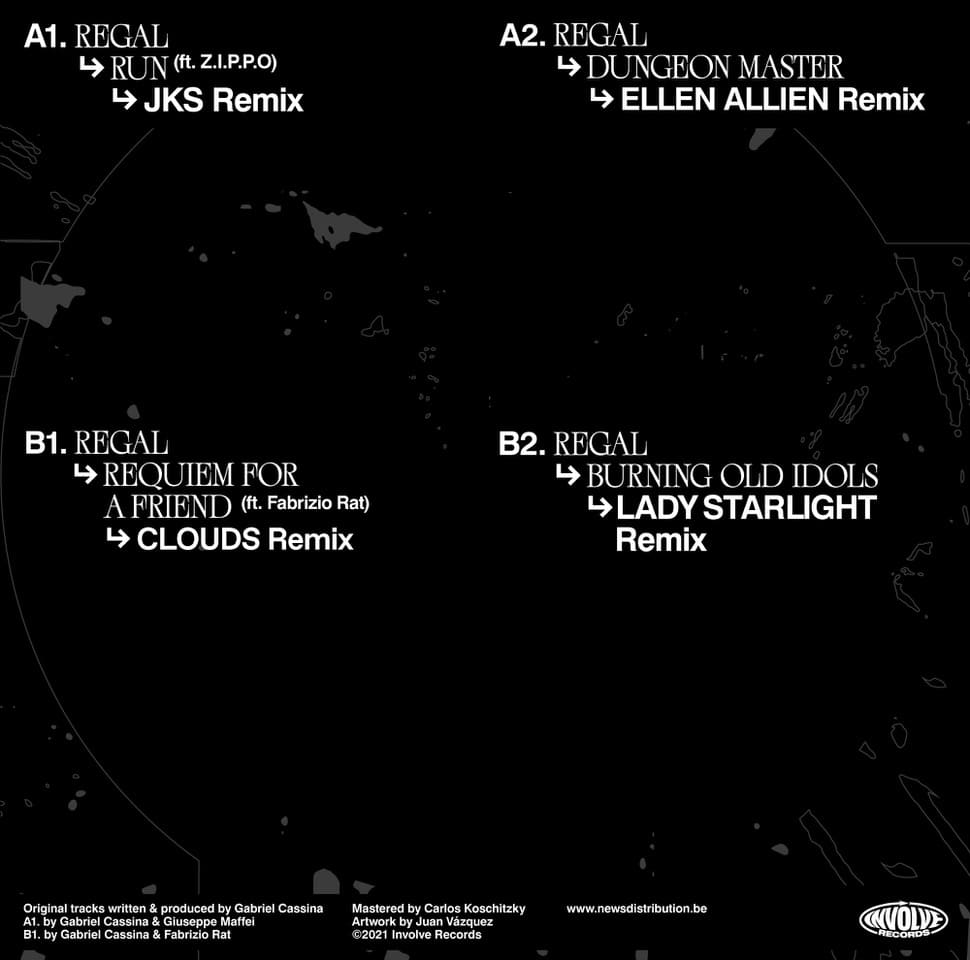 Regal will drop the second remix EP from three packages lined up on his Involve imprint, “RWYS Remixes Pt.02”. He invites some of techno’s finest producers to rework his debut album, including JKS, Ellen Allien, Clouds & Lady Starlight.

Parisian Producer JKS takes on Regal & Z.I.P.P.O’s track “Run” for the opener. Modifying the pads, he emits an elongated, ravey sound that’s accompanied by a vast emphasis on the original samples. He uses the vocals to redirect the track after each command, veering through drum patterns, menacing 303’s and clattering rhythms. Following is almighty German force Ellen Allien, with her equally ferocious rendition of “Dungeon Master”. She shifts the original arrangements by injecting wavering synths and bubbling chords.
A rounded kick drum gallops throughout, marrying the psychedelic realm created by Allien with the track’s original demonic flare.

Revered Scottish duo Clouds are next with their concoction of “Requiem from a friend”. Originally a melancholic and dubious cut from Regal and pianist Fabrizio rat, Clouds transform the wistful keys and understated synths into deep, howling sonics with sharp, stabbing spasms. They accentuate the kaleidoscope elements and maintain the disordered kick-drum, adding weight, a trippy vocal and spacey pads. NYC producer Lady Starlight closes with “Burning Old Idols”. Maintaining a number of elements from Regal’s composition, she manages to amplify the powerfulness of the track. A deeper kick and the ascended pitch of the 303’s churns out a robust and tenacious sound, perfectly maintaining energy until the close.
BUY VINYL
BUY DIGITAL
Manage Cookie Consent