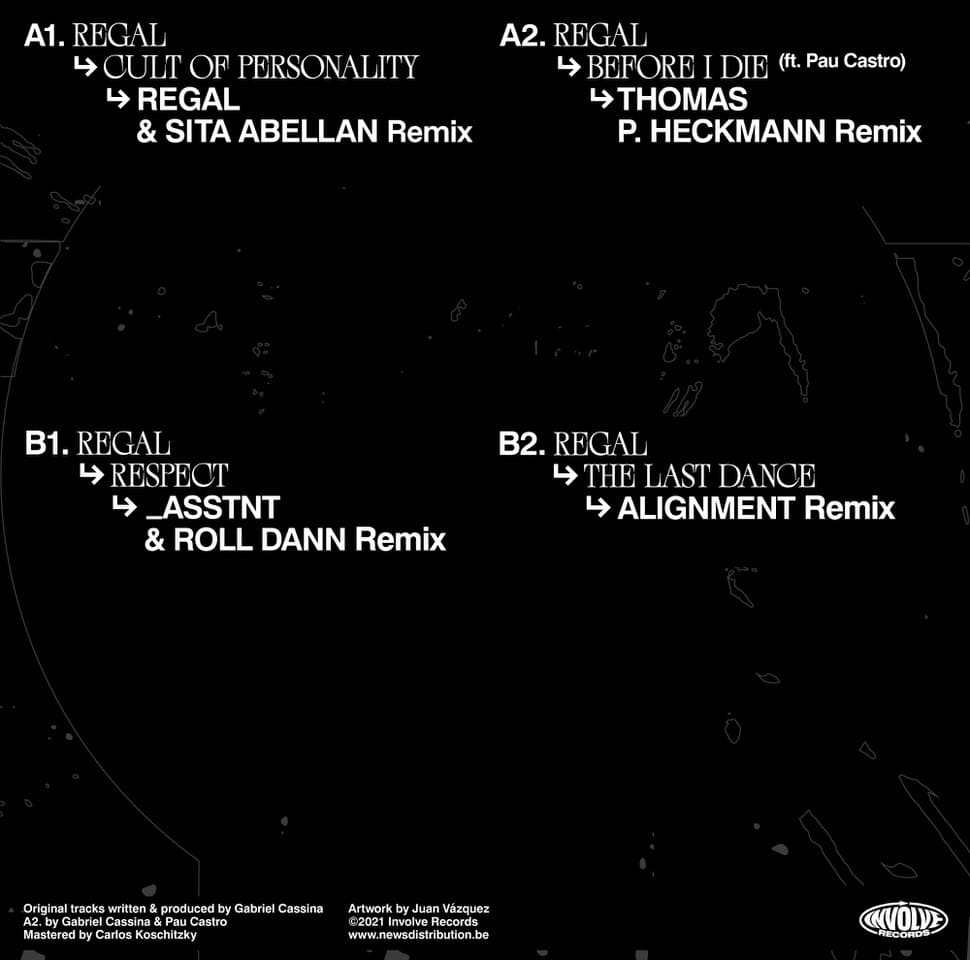 Regal & multi-faceted Spanish artist Sita Abellan collaborated for the rework of “Cult Of Personality”. Their rendering leans heavily into the realm of electro, with heavily distorted synth lines marching through like a freight train. Darting keys rush and reverberate back upon themselves before a powerful female vocal
sample takes over from the male voice that commanded the original. Germany’s Thomas P Heckmann takes on “Before I Die”. Heavier and beefier than the original, the kick drum and baseline of Heckmann’s
remix take control and dominate the landscape. He retains Pau’s distinct vocals, leaving a familiar dash of the original in this bolder rework. Percussion takes a front seat in this version, with snare drums and cymbals combating the bitter main synth melody.

Straight from Madrid’s underground scene are producers _asstnt & Roll Dann, who team up for the remix of “Respect”. A cut up, distorted rework that grows darker and more robust throughout. Bottomless kick drums ring out, while a heavily distorted electric guitar sample brings grime and a sonic haze to the track. The
American male vocal sample is kept on from the original and remains even more powerful in it’s reworked state than before. Italian producer Alignment wraps up with the accurately placed track “The Last Dance”.
In this final remix of the series the kick drum received a complete overhaul, instantly pivoting the track into a darker place. Only the curious melodic key sequence pours light into the track and brings with it an overwhelming sense of positivity to the closer. The baseline backs up the melody before percussion breakdowns take centre stage and the two fight for dominance until the final beat.
BUY VINYL
BUY DIGITAL
Manage Cookie Consent